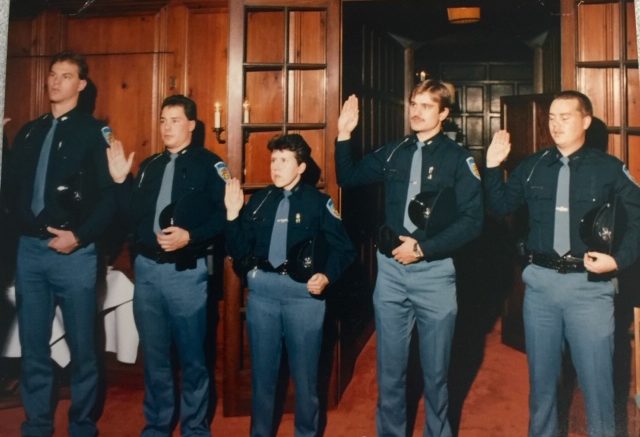 “I hope that down the road more women will pick up these roles. There’s a lot of sometimes hesitation by women because it’s so male-dominated and that can be a challenge to overcome,” stated Sgt. Conners.

Sgt. Conners has paved the way for the women who are sworn officers at U-M today.

“Things have changed significantly over the years for female officers. When I hired in the early 1990’s, Jan was a police officer and a mother to a young daughter.  Working shifts and trying to raise a family is difficult, but Jan showed me that it could be done,” stated DC Melissa Overton.

The courage and sacrifice that our policewomen display are invaluable for the future female officers who will fill their shoes someday.  “If I can leave this job and have had an impact on somebody or somehow whether it’s in a community contact, a fellow officer, or anybody along the way, that’s what matters to me.”