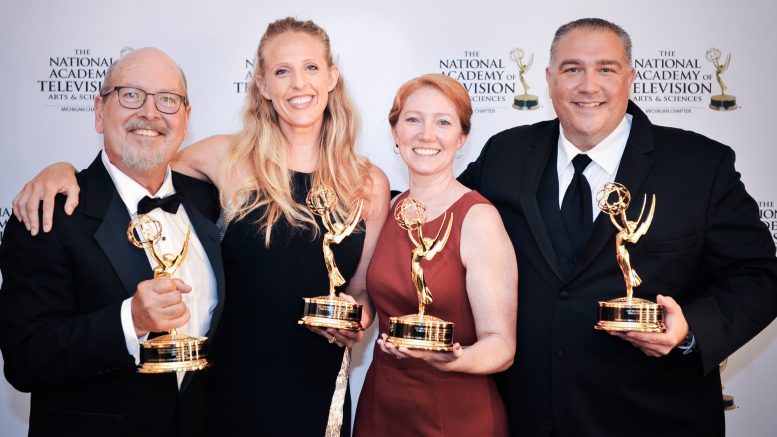 The creators of the DPSS Video “Active Attacker – Response & Prevention” were honored with four Emmy® awards at the 40th Michigan Emmy® Awards ceremony held June 16 at the MotorCity Sound Board Theater.

The four categories include:

The video, published by DPSS and Michigan Media in June 2017,  aims to educate students, faculty, and staff about how to respond during an active attacker situation and the warning signs often displayed by people who are at risk of hurting themselves or others.

Filmed on the U-M campus, DPSS created the video to increase the retention and accessibility of vital safety information. The video is currently shown during active attacker presentations as well as new student and Michigan Medicine new employee orientation.

DPSS would like to assure our community that DPSS officers train for such unfortunate situations and are equipped to respond to active attackers. More detailed information on preventing and responding to an active attacker can be found on the DPSS website.

There were many people who made this video a success: the DPSS Active Attacker Task Force, Michigan Media, the talented actors, DPSS leadership and many others. It was a true team effort and could not have been accomplished without everyone’s hard work.

If you have not viewed the video, please take the time to check it out.